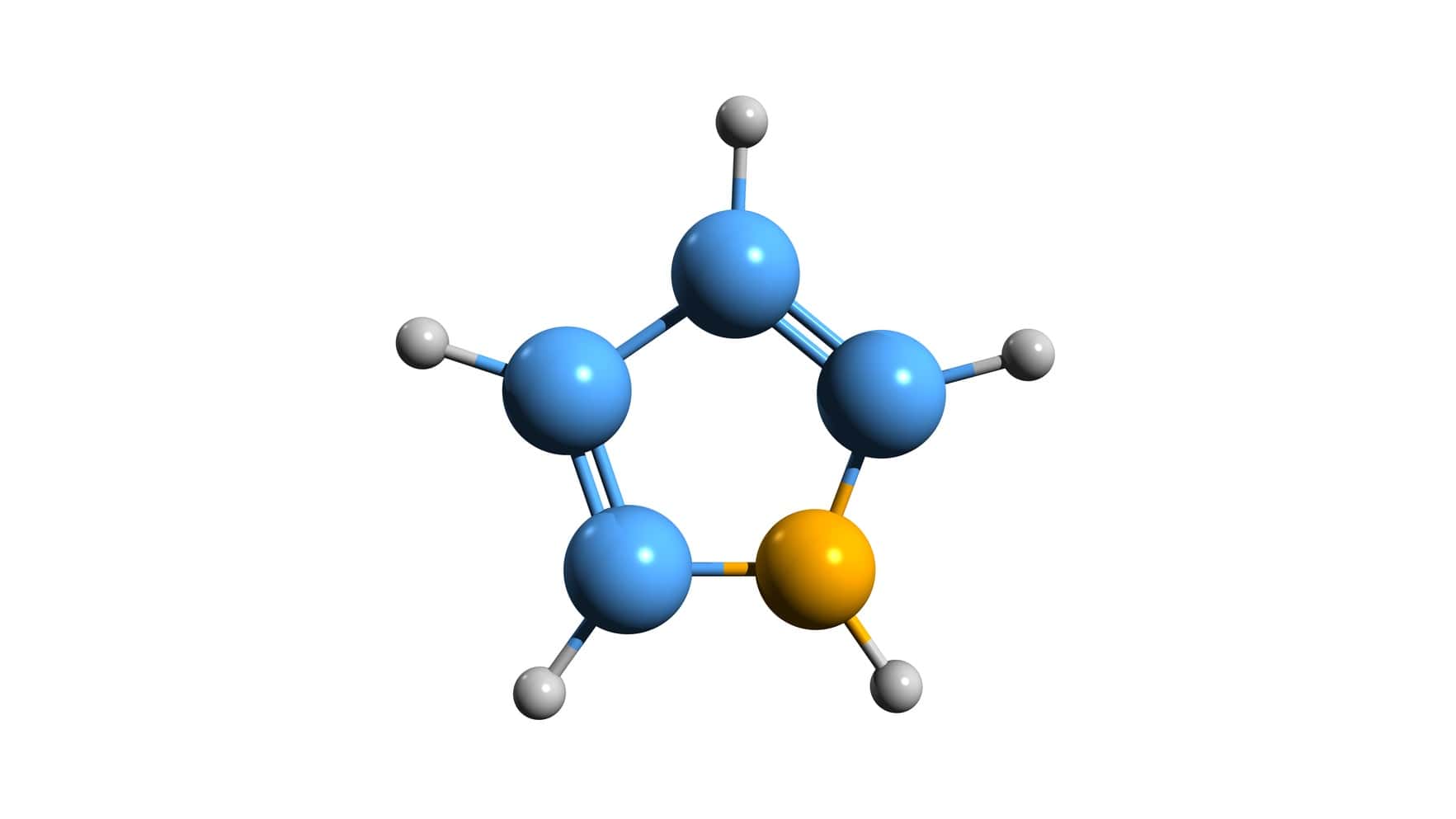 Pyridine and pyrrole are aromatic compounds and undergo electrophilic aromatic substitution reactions. Pyridine substitutes preferentially at the 3-position, whereas pyrrole substitutes at the 2-position. Pyrrole is a five-membered heterocyclic compound and is more reactive than pyridine and benzene. The reason is the nitrogen atom in the ring uses its lone pair of electrons for delocalization and stabilizes the intermediate. The positive charge resides on nitrogen, making the ring electron-rich and highly reactive for undergoing electrophilic attack. Pyrrole is so strongly activated that it undergoes Friedel-Craft’s acylation even in absence of a catalyst.

The 2-substitution has three contributing structures while 3-substitution has only two. Hence, 2-substitution predominates in pyrrole and all five-membered heterocycles during electrophilic substitution. However, furan and thiophene are less reactive than pyrrole. Because of л excessive heterocycle, pyrrole readily undergoes polymerization in presence of acid to form a trimer. This can be avoided by substituting pyrrole with electron-withdrawing groups.

Pyrrole act as a weak base as well as a weak acid. It can react with alkali bases (Like KOH NaOH) to give corresponding alkali salts.