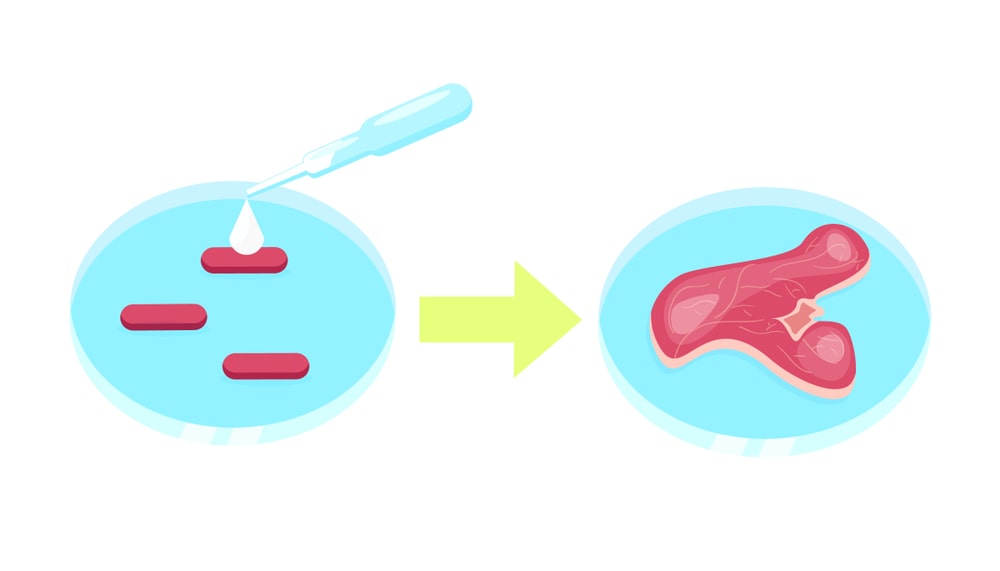 Removal of cells from animals and their subsequent growth in a favorable artificial environment is animal cell culture. Animal cells are more difficult to culture than microorganisms because animal cells (growth of animal cells In culture) require many more nutrients and typically grow only when attached to specially coated surfaces. The environment consists of a suitable glass or plastic culture vessel containing liquid or semisolid medium that supplies the nutrients essential for survival and extra proliferation. The cells are removed from the tissue directly and disaggregated by enzymatic or mechanical means and then cultured in artificial media under an aseptic environment similar to the culture of microorganisms. This in-vitro cell culture system explores cell growth and differentiation, as well as performs genetic manipulations required to understand gene structure and function.

Animal cell cultures are initiated by the dispersion of a piece of tissue into a suspension of its component cells, which is then added to a culture dish containing nutrient media. In animal cells, fibroblasts and epithelial cells are selected because these cells grow very fast. The plastic surface of dishes is used for cell culture. In 1907, Harrison cultivated frog nerve cells in a lymph clot and observed the growth of nerve fibers in-vitro for several weeks hence he is recognized as the father of cell culture.

Animal cell culture is helpful to study the effect of new drugs, to investigate cancerous cells, to study the interactions between disease-causing agents and cells, and is useful for gene therapy, genetic engineering, etc.

This cell culture is obtained from the cells of the host tissue. The cells dissociated from the parental tissue are grown on a suitable container and the culture thus obtained is called primary cell culture. The culture is comprised of heterogeneous cells and most of the cells divide only for a limited time. Based on their origin, primary cells grow either as an adherent monolayer or in a suspension.

These cells are propagated as a monolayer and are anchorage-dependent. Monolayer cultures are defined as when the bottom of the culture vessel is covered with a continuous layer of cells of one need to be attached to a solid or semi-solid substrate for proliferation. They adhere to the culture vessel with the use of an extracellular matrix which is derived from tissues of organs that are immobile and embedded as connective tissue. For example Fibroblasts and epithelial cells.

The majority of continuous cell lines grow as monolayers and such types of cells are transferred directly to a coverslip for examination under the microscope.

These types of cells do not attach to the surface of the culture vessels. Hence, they are also known as anchorage-independent or non-adherent cells which are grown in a liquid culture medium. Hematopoietic stem cells (derived from blood, spleen, and bone marrow) and tumor cells are grown in suspension much faster which do not require frequent replacement of the medium. These cultures have a short lag period.

Secondary culture is the culture when a primary culture is sub-cultured. It is also known as a cell line or sub-clone. The process involves removing the growth media and disassociating the adhered cells by enzymatic treatment. Sub-culturing of primary cells to different divisions leads to the generation of cell lines. During the growth period, cells with the highest growth capacity predominate and result in genotypic and phenotypic uniformity in the population. Based on the life span of the culture cell lines are two types viz. Finite cell lines and Continuous cell lines.

It is defined as the cell line that undergoes a limited number of cell divisions with a limited life span. The cells passage several times and then lose their ability to proliferate, which is a genetically determined event known as senescence. Cell lines derived from primary cultures of normal cells are finite cell lines.

It is defined as a finite cell line that undergoes transformation and acquires the ability to divide indefinitely. This transformation occurs spontaneously or chemically or virally induced or from the establishment of cell cultures from malignant tissue. Prepared cell cultures are then sub-cultured and grown indefinitely as permanent cell lines. These cells are less adherent and fast-growing as a result the cell density becomes higher and different in phenotypes from the original tissue. They grow more in the suspension medium.