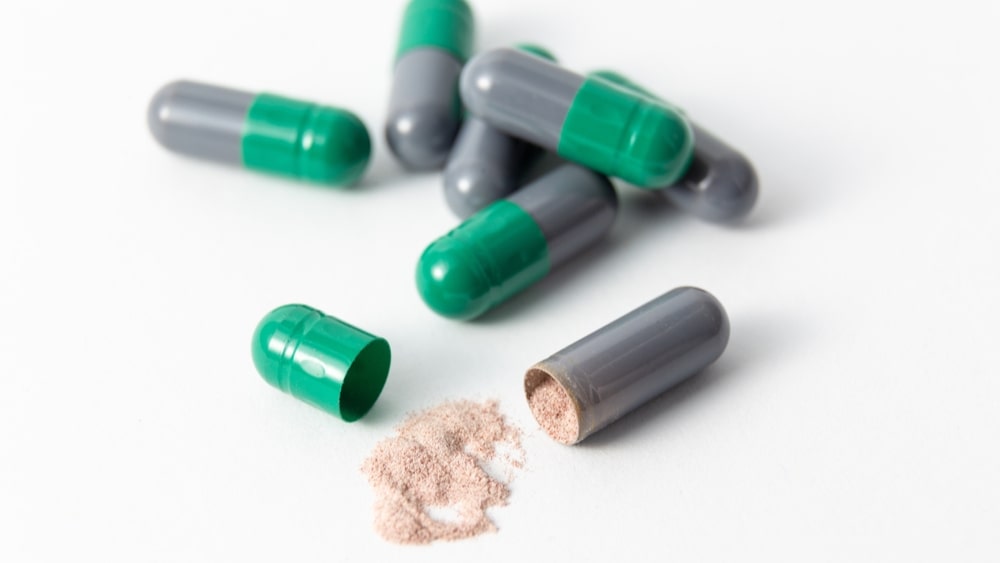 Properties of gelatin depend on:

The film of capsules made from bone gelatin is tough and firm. But film tends to be hazy and brittle. Capsules made from pork skin gelatin possess plasticity and clarity, these are responsible for reducing hazy or cloudiness. In practice, both the types of gelatine are used in combination to give all the desired properties to capsules.

Plasticizers: It increases the plasticity of the film. E.g. glycerine, sorbitol, propylene glycol.

Colouring Agents: These are used to impart color to the body and cap. E.g. water-soluble dyes, certified lakes, and vegetable colors. They are used either alone or in combination.

Opacifying agents: These are used to give opacity to the gelatin film. E.g. Titanium dioxide.

Flavoring agents: These are used in a concentration of not more than 2%. E.g. ethyl vanillin, essential oils.

Sweetening agents: E.g. Sugar is not more than 5%.

Capsules mostly contain active ingredients, however, the following ingredients are also used in the manufacturing of capsules:

Dipping: Pairs of stainless steel pins are dipped into the dipping solution to simultaneously form the caps and bodies. The pins are lubricated with a proprietary mold-release agent. The pins are at ambient temperature. (about 228o C), whereas the dipping solution is maintained at a temperature of about 508o C in a heated, jacketed dipping pan. The length of time to cast the film has been reported to be about 12 seconds, with larger capsules requiring longer dipping times.

Rotation: After dipping, the pins are withdrawn from the dipping solution, and as they are done so, they are elevated and rotated two and a half times until they are facing upward. This rotation helps to distribute the gelatin over the pins uniformly and to avoid the formation of a bead at the capsule ends. After rotation, they are given a blast of cool air to set the film.

Drying: The racks of gelatin-coated pins then pass into a series of four drying ovens. Drying is done mainly by dehumidification by passing large volumes of dry air over the pins. Only a temperature elevation of a few degrees is permissible to prevent film melting. Drying must not be so rapid as to cause “case hardening” of the outer surface of the forming shells that would impede further moisture removal. Overdrying must be avoided as this could cause films to split on the pins due to shrinkage or at least make them too brittle for the later trimming operation. Under drying will leave the films too pliable or sticky for subsequent operations.

Stripping: A series of bronze jaws (softer than stainless steel) strip the cap and body portions of the capsules from the pins.

Trimming: The striped cap and body portions are delivered to collets in which they are firmly held. As the collets rotate, knives are brought against the shells to trim them to the required length.

Joining: The cap and body portions are aligned concentrically in channels, and the two portions are slowly pushed together. The entire cycle takes about 45 minutes, however, about two-thirds of this time is required for the drying step alone.

Sorting: During sorting, the capsules passing on a lighted moving conveyor are examined visually by inspectors. Any defective capsules spotted are thus manually removed. Defects are generally classified according to their nature and potential to cause problems in usage. The most serious of these defects are the ones that could cause stoppage of a filling machine such as imperfect cuts, dented capsules, or those with holes. Other defects may cause problems on usage, such as capsules with splits, long bodies, or grease inside. Many less important, cosmetic faults, which only detract from appearance, also may occur (small bubbles, specks in the film, marks on the cut edge, etc.).

Printing: In general, capsules are printed prior to filling. Empty capsules can be handled faster than filled capsules, and should there be any loss or damage to the capsules during printing, no active ingredients would be involved. Generally, printing is done on offset rotary presses having throughput capabilities as high as three or four million capsules per hour. Available equipment can print either axially along the length of capsules or radially around the circumference of capsules.

For human use, empty gelatin capsules are manufactured in eight sizes, ranging from 000 (the largest) to 5 (the smallest). The volumes and approximate capacities for the traditional eight sizes are listed below.

Although the standard shape of capsules is the traditional, symmetrical, cylindrical shape, some manufacturers have employed distinctive proprietary shapes. Lilly’s Pulvule-1 is designed with a characteristic body section that tapers to a bluntly pointed end. Glaxo Smith Kline’s Spansule1 capsules exhibit a characteristic taper at both the cap and body ends.

The empty capsules are oriented so that all point in the same direction, that is, the body ends downward. In general, the capsules pass one at a time through a channel just wide enough to provide a frictional grip at the cap end. A specially designed blade pushes against the capsule and causes it to rotate about its cap end as a fulcrum. After two pushes (one horizontally and one vertically downward), the capsules will always be aligned body end downward, regardless of which end entered the channel first.

Separation of caps from bodies

Various methods are employed, which are described below.

Filling (dosing of material) can be done by:

Replacement of caps and ejection of filled capsules

The cap and body bushing portions are rejoined. Pins are used to pushing the filled bodies up into the caps for closure, and to push the closed capsules out of the bushings. Compressed air also may be used to eject the capsules.

Sealing and Locking of Capsules

Examples include Posilok1 (Qualicaps, Inc., Whitsett, North Carolina, U.S.) and Coni-Snap1 (Capsugel, Div. Pfizer Inc., Greenwood, South Carolina, U.S.). The rim of the body portion of Coni-Snap capsules is tapered to help guide the cap onto the body. In high-speed automatic capsule filling machines, this feature can reduce or eliminate snagging or splitting of capsules. Both brands of locking capsules are closed by a pre-lock feature based on indentations formed further down on the cap that keeps the caps and body pieces of the empty capsules together during shipping and handling but allows their easy separation for capsule filling. The Coni-Snap principle with the pre-lock feature is illustrated in Fig. 1.3.

Finished hard-gelatin capsules normally contain an equilibrium moisture content of 13% to 16%. This moisture acts as a plasticizer and thus is critical to the physical properties of the shells. At lower moisture contents (< 12%), shells become too brittle; at higher moisture contents (> 18%), they become too soft. It is best to avoid extremes of temperature and to maintain a relative humidity of 40% to 60% when handling and storing capsules.

During the manufacturing of hard gelatin capsules which involves several steps like Dipping of stainless steel, trimming, stripping, joining of cap and body of capsule. So, during several operations few defects are formed at this stage only like:

Disintegration Test: According to B.P., which applies to both hard and soft capsules:

Limits: Not more than 2 of the differences are greater than 10% of the average net content.

Viscosity: The viscosity for gelatin may range from 25 – 45 millipoise.

Iron content: Gelatin used in the manufacturing of gelatin capsules should not be more than 15 ppm of iron.