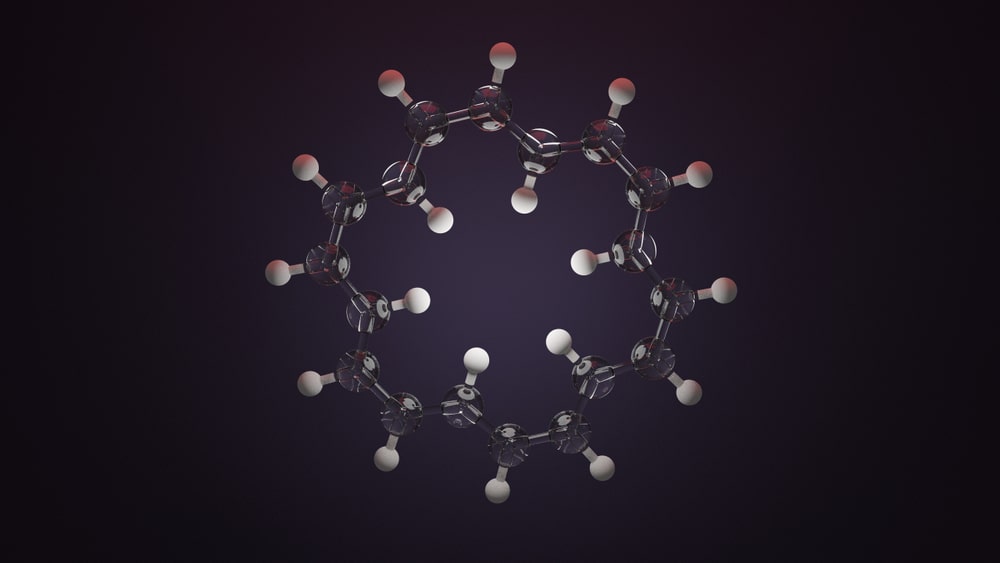 Cycloalkanes contain rings of a minimum of three carbon atoms linked together by single bonds. Cycloalkanes are saturated since all the carbon atoms that make up the ring are single-bonded to other atoms. These compounds are represented by the general formula (CH2)n. Examples consist of

The bond angle in each cycloalkane is given by the formula

where, n = No. of sides of cycloalkane

The natural angle for tetrahedral carbon is 109°. Hence, rings of 5 and 6 carbon atoms (i.e., bond angles of 108° and 120°) have a bond angle close to that of 109°. Such rings do not have angle strain and are therefore more stable than the other rings which deviate from 109° by a greater amount. Cycloalkanes are relatively unreactive compounds except 3 to 4 membered strained rings which are as reactive as alkenes.

Nomenclature or Naming of Cycloalkanes

Cycloalkanes are named by adding the prefix “cyclo” to the alkane name having the same number of carbon atoms as those in the ring. The IUPAC nomenclature rules are as follows:

(i) The parent ring is the largest ring in the molecule.

(ii) If an alkyl chain attached to cycloalkane, has a greater number of carbons then the alkyl chain is considered as a parent and the cycloalkane as a cycloalkyl substituent,

(iii) While numbering the carbons of a cycloalkane, the numbering should start from substituted carbon e.g.

(iv) With two different substituents, assign the lower number to the substituents alphabetically while numbering the ring, e.g.,