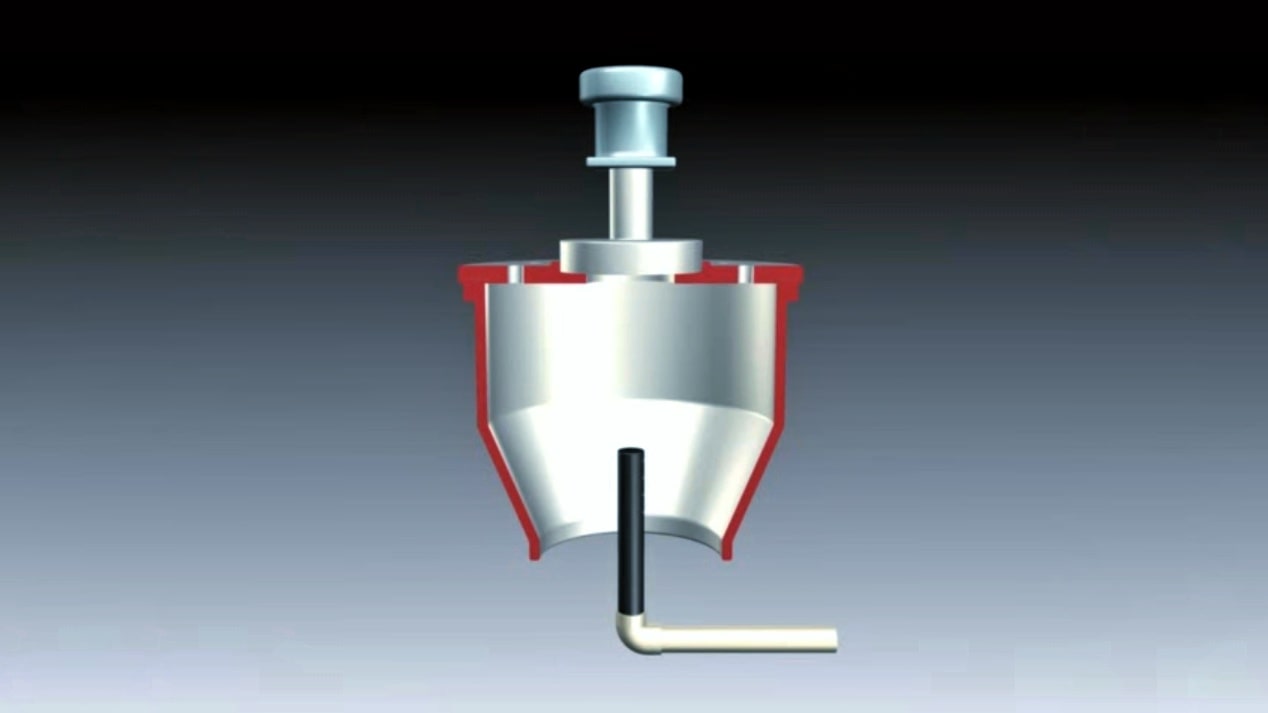 Super centrifuge is a continuous centrifuge used to separate two immiscible liquid phases. It is a sedimentation type centrifuge. During centrifugation, the heavier liquid is thrown against the container wall while the lighter liquid remains as an inner layer. The two layers are simultaneously separated.

It consists of a long, hollow, cylindrical bowl of small diameter which is suspended from a flexible spindle at the top and the bottom is fitted loosely in a bush. It is rotated on its vertical axis. Feed is introduced through the bottom through a nozzle with pressure. Two liquid outlets are provided at different heights. Inside the bowl, haffles are present to catch the liquid and force it to travel at the same speed of rotation at the bowel wall.

The centrifuge rotates on its vertical axis at approximately 2000 rpm. The feed is introduced in the lower part through a nozzle with pressure. During centrifugation, two liquid phases were separated according to their densities. The heavier liquid moves towards the periphery and the lighter liquid forms an inner layer. Both liquids ascend to the upper part of the vertical bowl. These two layers are simultaneously removed separately from different heights through modified outlets.

This type of centrifuge is employed in the case where the amount of solid removes only at long intervals.