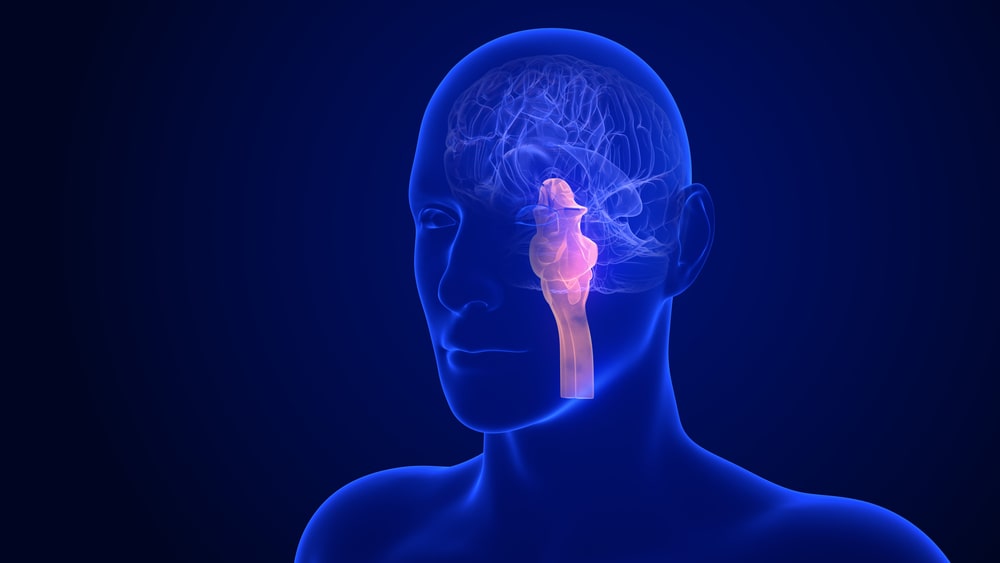 It is situated in front of the cerebellum, below the midbrain and above the medulla oblongata. It consists of nerve fibres forming a bridge between the two hemispheres of the cerebellum, and of fibres passing between the higher levels of the brain and the spinal cord. Few groups of cells within the Pons act as relay stations. Some of them are associated with the cranial nerves. The nerve cells in the Pons lie deep and the nerve fibres are on the surface.

It extends from the Pons varolli above and is continuous with the spinal cord below. It is shaped like a pyramid with its base upwards and it lies within the cranium above the foramen magnum. Its anterior and posterior surfaces are marked by central fissures. Some cells of the medulla oblongata constitute relay stations for sensory nerves passing from the spinal cord to the cerebrum. Following vital centres which are associated with autonomic reflex activity lie in its deeper structure.

Decussating of the pyramids: Motor nerves descending from the motor area in the cerebrum to the spinal cord in the pyramidal or corticospinal tracts, cross from left side to right and vice versa. These tracts are the main pathways for impulses to voluntary, i.e. skeletal muscles.

The cardiac centre: It controls the rate and force of cardiac contraction. Sympathetic and parasympathetic nerve fibres starting from the medulla pass to the heart.

The respiratory centre: It controls the rate and depth of respiration. From this centre, nerve impulses pass to the Phrenic and intercostal nerves which stimulate contraction of the diaphragm and intercostal muscles, thus initiating inspiration. The centre is stimulated by excess CO2 or by deficiency of O2 in the blood supply. Variation in concentrations of CO2/02 is conveyed by nerve impulses from the chemoreceptors in the carotid bodies.

The vasomotor centre: It controls the diameter of the blood vessels. It has special control over small arteries and arterioles which influence a large proportion of smooth muscle fibres in their walls, e.g. the sources of stimulation of the vasomotor centre, the arterial baroreceptors, body temperature and emotions such as sexual excitement and anger. The pain usually causes vasoconstriction; however, severe pain may cause vasodilatation, a fall in blood pressure and fainting.

Reflex centres: When irritating substances are present in the stomach or respiratory tract nerve impulses pass to the medulla oblongata, stimulating the reflex centres; this, in turn, initiates reflex actions of vomiting, coughing and sneezing.