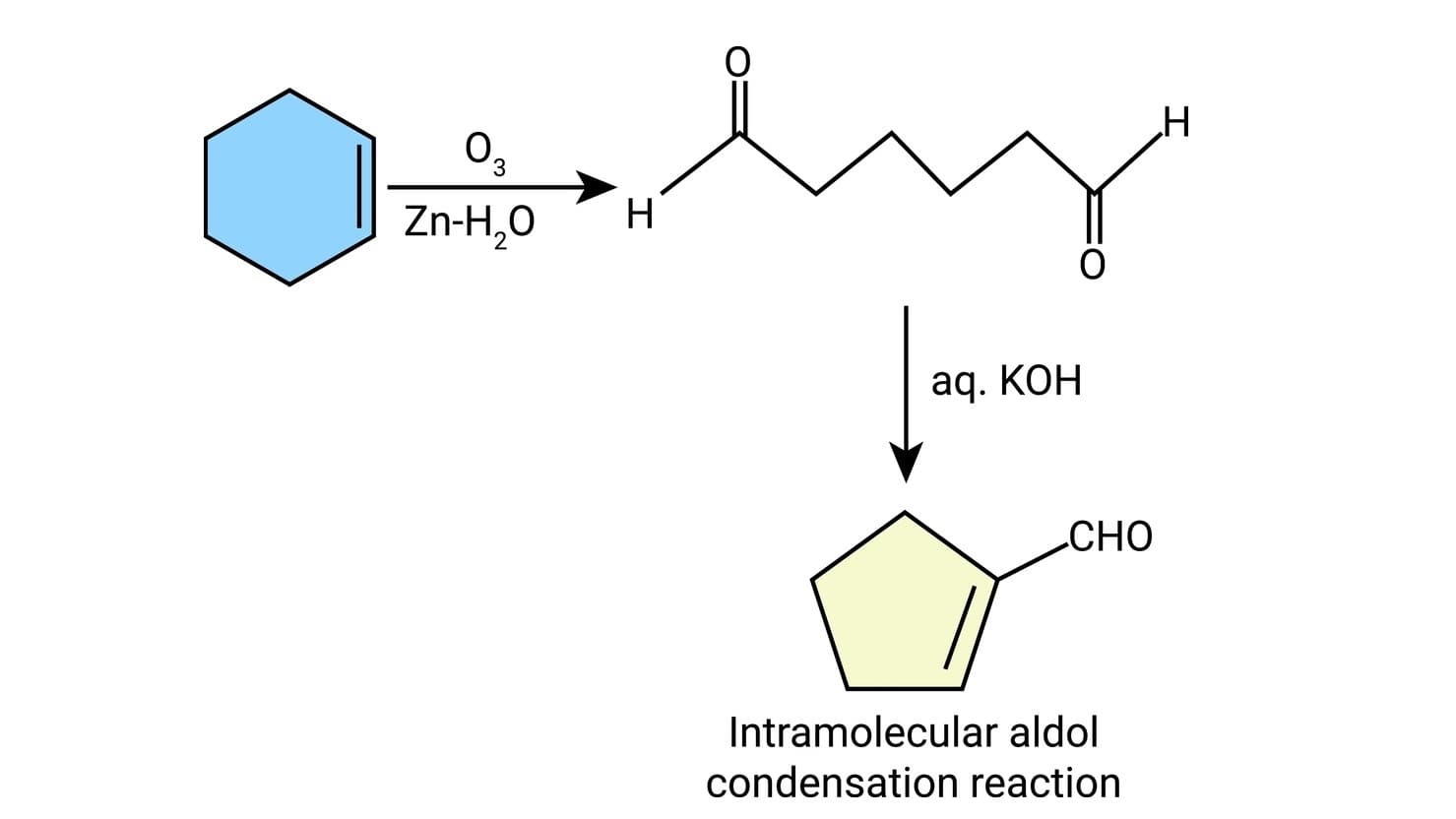 When an enolate from a ketone reacts with an aldehyde, it is called Claisen-Schmidt condensation or crossed aldol condensation. In this, the product still has reactive alpha hydrogen and a hydroxide adjacent to it. Dehydration quickly occurs leading to the condensation product. The reaction is named after Rainer Ludwig Clasien in 1887.

In the above-crossed aldol condensation:

The ketone forms the lower energy enolate (nucleophile) at a much faster rate than aldehyde.

(d) When the reaction contains an enolizable aldehyde and a ketone, one product does predominate. This reaction may also be used in the formation of the ring structure. e.g.,

Example: Predict the major product of the following condensation

The Claisen – Schmidt condensation between acetophenone and benzaldehyde derivatives allows unsaturated ketone such as chalcones to be obtained.

This reaction is also used to synthesize flavanone and 1.3-diaryl propane derivatives.