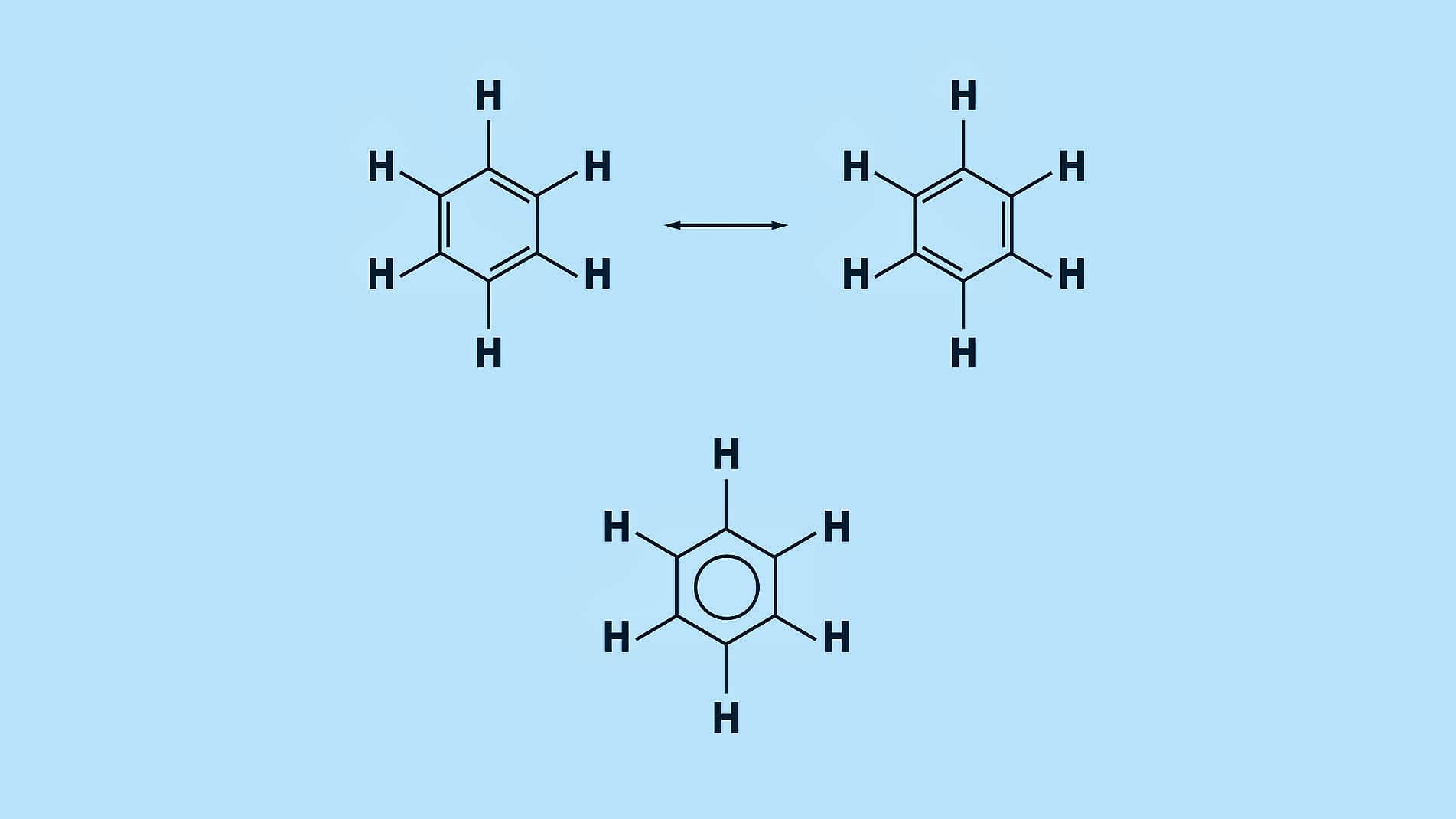 Resonance of Benzene: Resonance or mesomerism describes oscillations of delocalized electrons within a molecule which is usually represented by several contributing structures or forms. e.g.,

Benzene can be represented by two interconvertible structures that are equivalent in energy.

Each above structure having conjugated double bonds should easily undergo addition (e.g., hydrogenation/saturation) reactions. However, its inability to saturate suggests that the actual structure of benzene does not correspond to any one of the above individual structures but rather to a combination of them (i.e., Resonance hybrid). This resonance in the benzene has been confirmed by electron diffraction, X-ray diffraction, and molecular spectroscopy.

The resonance hybrid has energy below the energy of the Kekule structures and is more stable. This gain in stability occurs as the six p-electrons of the carbon atoms are delocalized above and below the ring forming a continuous pi-bond instead of being localized/fixed between two carbon atoms. Hence, electron density flows uniformly around each carbon and hydrogen atom in benzene. It reflects into the strong singlet NMR signal of the six equivalent protons (Hydrogen). These six protons are equivalent because they have the same electronic environment.

π electrons delocalized around the ring, above and below the plane.