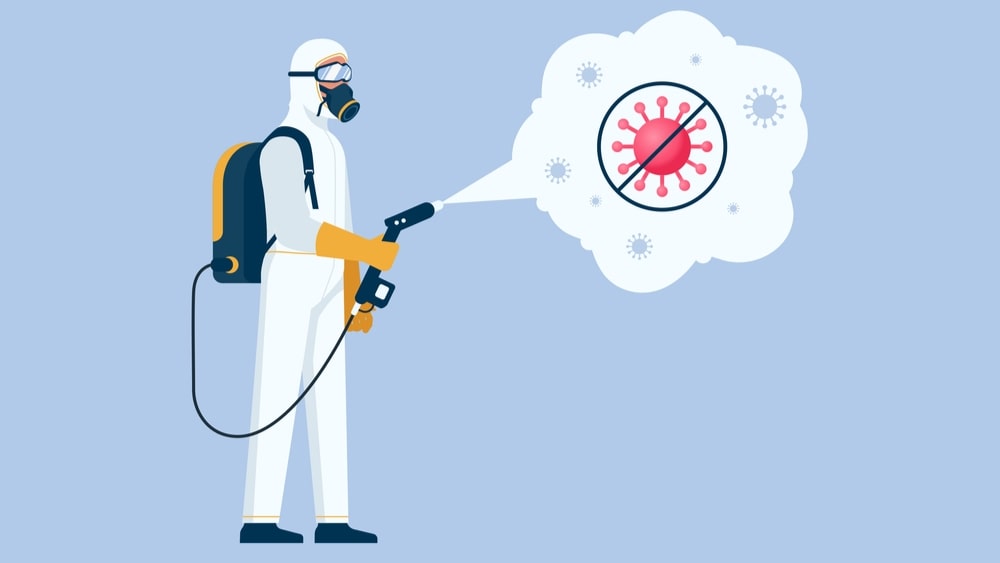 Disinfectants are the chemical agents that are used to kill microorganisms (except spores, viruses, and prions) on inanimate objects (the things that are not alive) such as instruments and surfaces by means of physical or chemical processes. But they are not to be used on living tissues such as skin or mucous membranes.

The process by which destruction or removal and killing of all pathogenic organisms are carried out is known as disinfection.

The main purpose is to prevent the transmission of certain microorganisms with objects, hands, or skin and prevent the spreading of infection.

Classification of the Disinfectants

Disinfectants are broadly classified into two categories viz. physical methods and chemical methods. The overall classification is listed in Flowchart 1.

This method is carried out for fluids that are heat-labile like antibiotics, vitamins, and other growth factors with very fine pore membrane filters below 0.45 microns in diameter. These fluids are checked for sterility by subculture before use. Filtration of air is necessary for the disinfection of the laboratory. Sterile filters are used for the separation of toxins and other soluble products of bacterial growth and are also used for the purification of water. Sometimes syringe filters are used for disinfection of a small volume of fluids. Membrane filters (pore size of 0.015 to 12 µM) are used for the preparation of parenteral and remove bacteria and yeast from the solution. The HEPA filter is used for the disinfection of air. The HEPA filtration reduces the number of organisms on dust particles by 99.9% down to 0.3-micron size.

Ultra-violet lights are used in laboratories that reduce the number of organisms to a low level in the air and on surfaces.

The phenolic chemicals contain a benzene ring with hydroxyl (OH) group which are more common disinfectants for environmental surfaces. Cresol is more powerful than phenol and a more commonly used compound which is diluted out further (1: 128 – 1 : 256) to achieve its bactericidal activity.

Based on the Spectrum of Activity:

Based on Mechanism of Action:

Mode of Action of Disinfectants

Generally, disinfectants are either complex formulations of active molecules or contain co-solvents, chelating agents, acidic or alkaline agents, or surface-active products. Hence, these disinfectants are working on various mechanisms likely, acting on the membrane, leakage of the membrane, denaturation of cellular proteins, oxidation of –SH group of enzymes, Alkylation of amino, carboxyl, and hydroxyl groups, and nucleic acid damage. These activities are performed by various types of chemical agents which are acting as disinfectants. In below diagram showed the various compounds and their target locations in the cells by which disinfection activity is occurring (Fig. 3.11, Table 1.1).

Different types of disinfectants are listed in Table 1.2 with their marketed products.