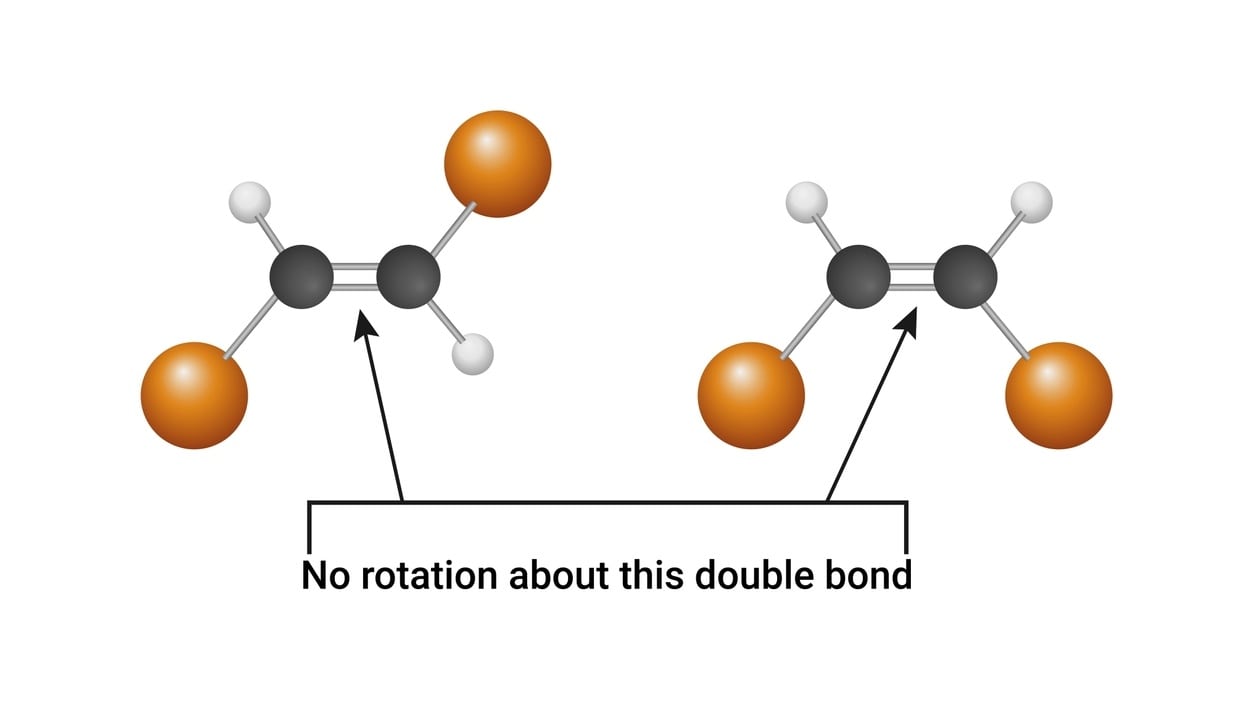 Geometrical Isomers are also called cis-trans isomerism. Maleic acid (m.p. 130°C) and fumaric acid (m.p. 287°C) have the same molecular formula but differ in the arrangement of functional groups around the double bond. They have different physical and, to some extent, chemical properties. This type of isomerism is known as geometrical isomerism.