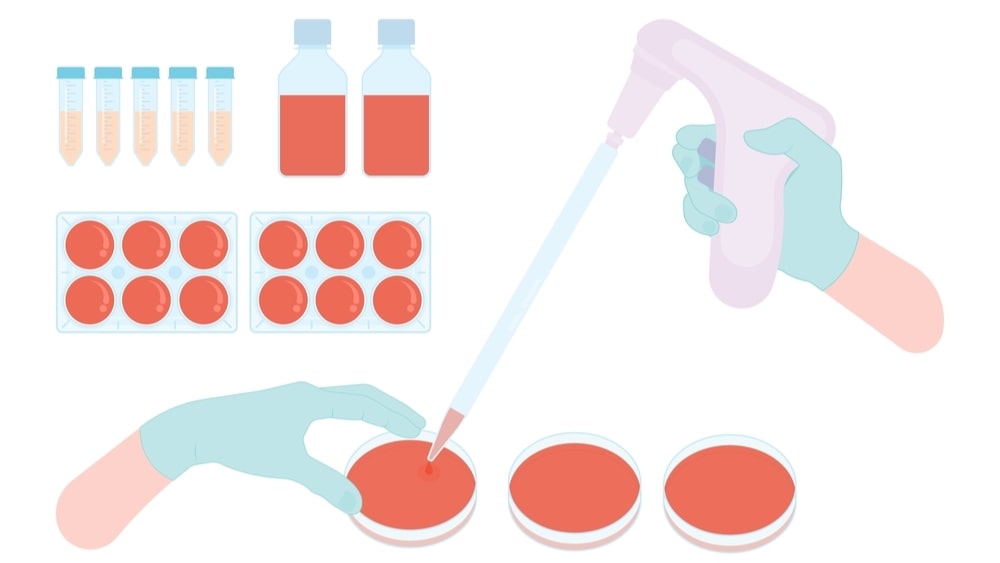 The microbiological assay is a technique for assessing a compound’s potency or concentration by observing its effect on a microbe. In both the British and American Pharmacopoeias, it is a legal quality control criterion for the assay of a number of antibiotics. Microbiological assays are used to standardize a variety of medicinal drugs that either inhibit or are required for the growth of microorganisms (antibiotics, vitamins, and amino acids).

This method depends on the diffusion of an antibiotic from a vertical cavity through the solidified agar layer in the Petri plate. The growth of test microorganisms is inhibited entirely in a zone around the cylinder containing antibiotic solution.

L = The calculated zone diameter for the lowest concentration of the standard curve response line.

H = The calculated zone diameter for the highest concentration of the standard curve response line.

a, b, d, and e = Corrected average values for the other standard solutions, lowest to highest concentrations, respectively.

Parallel dilutions containing two levels of both the standard (S1, and S2) and unknown (U1 and U2) are prepared. Cavities of each of plate are poured with diluted test samples along with standard. Finally, they are kept in the incubator, and the zone of inhibition is measured. The potency is calculated by the following formula

U1 and U2 = The sums of the zone diameters with solutions of the unknown of high and low levels.

S1 and S2 = The sums of the zone diameters with solutions of the standard of high and low levels.

I = Ratio of dilutions.

The method is based on the correlation between turbidity and changes in the microbial cell number. The turbidity is measured in a suitable liquid medium inoculated with microorganisms and finally, standard optical density or turbidimetric curves are used to estimate the number of microbial cells (Fig. 1.2).

This method depends on the inhibition of growth of microbial culture in a uniform solution of the antibiotic in the fluid medium that is favorable to its rapid growth in the absence of antibiotics.

L = The calculated absorbance for the lowest concentration of the standard response line.

H = The calculated absorbance for the highest concentration of the standard response line.

a, b, c, d, and e = Average absorbance values for the each concentration of standard response line, lowest to highest concentrations, respectively.

The shorter incubation period (3-4 hours) for the growth of the test organism.

The presence of solvent residues inhibitory substances affects more in this assay. Further, this method is not applicable for the turbid or cloudy preparation.